What happens if you die without a will in Texas? 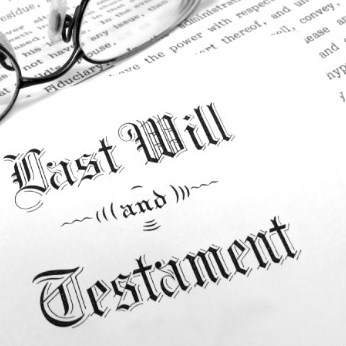 What happens if you die without a will in Texas?

When a person dies without having made a will, property passes according to the criteria described in the Probate Code.  Many people falsely believe that a surviving spouse or parent would take all the deceased’s property, especially if the children are young.  That is not necessarily the case.  The Texas Probate Code provides as follows:

On the intestate (without a will) death of one of the spouses to a marriage, the community property estate of the deceased spouse passes to the surviving spouse if:

If a person dies intestate leaving no husband or wife, it shall descend and pass in parcenary to his children in the following course:

1) To his children and their descendants.

2) If there be no children nor their descendants, then to his father and mother, in equal portions. But if only the father or mother survive the intestate, then his estate shall be divided into two equal portions, one of which shall pass to such survivor, and the other half shall pass to the brothers and sisters of the deceased, and to their descendants; but if there be none such, then the whole estate shall be inherited by the surviving father or mother.

3) If there be neither father nor mother, then the whole of such estate shall pass to the brothers and sisters of the intestate, and to their descendants.

4) If there be none of the kindred aforesaid, then the inheritance shall be divided into two moieties, one of which shall go to the paternal and the other to the maternal kindred, in the following course:

Where any person having title to any estate, real, personal or mixed, other than a community estate, shall die intestate as to such estate, and shall leave a surviving husband or wife, such estate of such intestate shall descend and pass as follows:

No right of inheritance shall accrue to any persons other than to children or lineal descendants of the intestate, unless they are in being and capable in law to take as heirs at the time of the death of the intestate.

No person is disqualified to take as an heir because he or a person through whom he claims is or has been an alien.

No conviction shall work corruption of blood or forfeiture of estate, except in the case of a beneficiary in a life insurance policy or contract who is convicted and sentenced as a principal or accomplice in willfully bringing about the death of the insured, in which case the proceeds of such insurance policy or contract shall be paid as provided in the Insurance Code of this State, as same now exists or is hereafter amended; nor shall there be any forfeiture by reason of death by casualty; and the estates of those who destroy their own lives shall descend or vest as in the case of natural death.

No Will: Now What?

In Sickness and in Health: When is the Right Time to Prepare a Will