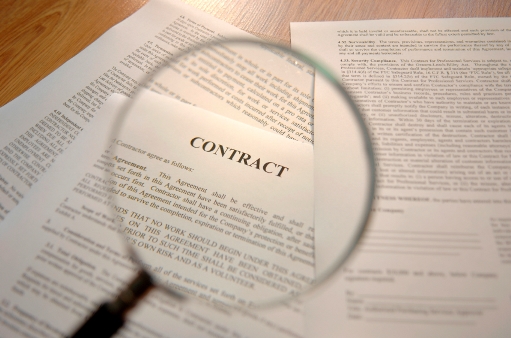 A ”contract” is a promise or set of promises with legal consequences.  The Texas Supreme Court has noted that every contract includes an element of confidence and trust that the parties will faithfully perform their obligations under the contract.

You may hear that an oral agreement is just as valid as a written agreement.  However, in a court of law, a written contract ordinarily trumps an oral contract.  This means that in disputes, should there be a disagreement on a provision of the contract, the Court will use the written provisions of the contract to interpret the meaning before it will consider the oral arguments.  Further, typewritten provisions control over printed provisions.  Under Texas law, the requirements for a valid contract are: (1) an offer; (2) an acceptance in strict compliance with the terms of the offer; (3) a meeting of the minds ”meeting of the minds” is actually subpart of offer and accepted elements, not an independent element; (4) each party’s consent to the terms; (5) consideration; and (6) execution and delivery of the contract with the intent that it be mutual and binding. The elements of written and oral contracts are the same, and they all must be present in order for the contract to be binding.

In determining whether an oral contract exists, the court looks to the communications between the parties and to the acts and circumstances surrounding those communications. The terms of an oral contract may be established by direct or circumstantial evidence Although delivery is generally essential to the validity of a contract, when the parties manifest an intent through their actions and words that the contract is effective, delivery is shown.

It is important when making an oral contract that a party keep any and all documentation regarding the agreement.  Should a party end up in litigation, notes regarding the agreements between the parties, the times such agreements were made, the witnesses to such agreements and any emails or written correspondence between the parties can be important to proving that a valid contract existed. Even hand written sticky notes become important when trying to prove the existence of an oral contract.  Place all information pertaining to your agreement in one place.

A basic element of any contract is a promise. A ”contractual promise” is an express or implied declaration made by one person, the promisor, for the purpose of assuring another person, the promisee, that a particular action or restraint from action will occur. A contractual promise is what is objectively determinable from the parties’ words or actions. It is different from either party’s subjective intentions. ”Intentions” are the purposes formed in one person’s mind, which may begin and end with that person. Similarly, a party’s subjective ”expectations” that the other party will act or refrain from acting are also irrelevant to objectively determinable, contractual promises.

To prove a valid offer, a party must show (1) the offeror intended to make an offer, (2) the terms of the offer were clear and definite, and (3) the offeror communicated the essential terms of the offer to the offeree.  An ”offer” is a clear and definite proposal to enter into a contract immediately once the offer is accepted. A proposal qualifies as an offer when it is sufficiently definite so that, if accepted, it clearly and definitely establishes the promises and performances to be rendered by each party certainty of terms as element of valid contract analyzed. Thus, an offer that may ripen into a contract differs from a mere expression of desire or hope that the parties may, at some time in the future, come to an agreement. An offer that may ripen into a contract also differs from mere preliminary negotiations.

To determine whether there was a meeting of the minds, a court reviews in an objective fashion, without considering subjective intent, what the parties actually said and did. One party’s uncommunicated reservations concerning the contract are insufficient to prevent a meeting of the minds. The parties’ failure to agree on a material term precludes a meeting of the minds necessary to form a valid contract.  If evidence of the parties’ mutual agreement consists of their conduct and course of dealing, their mutual agreement may be inferred from the circumstances, in which case their contract is an ”implied contract’.’

In some cases, what objectively appears to have been a valid offer and acceptance results in only a voidable contract because one party’s consent was, in fact, procured by fraud, undue influence, duress, or mistake.

Some contracts cannot be made orally.  Contracts that must be in writing and must be signed are the following:

The fundamental problem with the oral contract is that it can be difficult to prove.  If a party chooses not to honor the bargain they will most likely claim that no agreement was ever reached. Thus, the case may be decided on the evidence available.